When we were kids we had this dog named Muffin. At one point I am sure that Muffin was a stunning  lhasa apso - you know those little dogs that have perfect long hair and look completely put out when you make them do something outrageous...like walk. Muffin may have looked the part but she was no princess.

Mom had Dad had gone out to "breeder" (I use this term overy loosely) in rural South Carolina (read trailer park) and after about 20 minutes of nose to tail inspection, they had chosen a little black boisterous dog who was just about the most perfect puppy you could imagine. He had a shiny black coat, bright eyes and a white fur "sock" on each paw.  Just before Mom and Dad payed an extortionate amount of money for him, Dad heard a rustling noise and noticed a box kicked under a table in the corner which was moving ever so slightly. He made his way over to the beat up cardboard and discovered another puppy which was much smaller than the other dogs. "Hey there little guy." He said - peering in at the miniature sized puppy. The "breeder" said "that's a bitch (a female dog - not an evil backstabbing two faced evil dog)... she's the runt and she ain't really for sale." Dad corrected his cooing and said "hey there little one"as he leaned in and easily picked up the tiny pup with just a few fingers. As he gently stroked the top of her head with his index finger he asked "if she isn't for sale, what are you going to do with her?" The "breeder"sucked her teeth for a second, looked around with her hands tucked into her stone washed jeans and said with a shrug "flush her I suppose."

At this point all of Mamma's material instincts kicked in and she put her body between the puppy and the Flusher - with tensed arms, clenched fist and through gritted teeth said "No. You. Will. NOT!" - threw a twenty at her, grabbed Dad's free arm, swung him around and out the door. "Drive Will, Drive!" she shouted and off they drove into the sunset with our new puppy.

Muffin was a very well intentioned dog. It was obvious that she tried to be good, but sometimes she just couldn't help herself and her trailer-trash roots showed through. She was never an aggressive dog - that is - until she met Megan. Megan was one of those girls who was an evil backstabbing two faced evil dog. We hung out with the same group of people but I tried to avoid her as much as possible and she tried to make my life a living hell in about equal measure. She was definitely a household name but none of the family had ever met her - they just knew her from "the Megan stories" and no one liked her. One summer day we found out that Muffin shared the family sentiment.  My brother Freddie went to open the door and in his usual manner called back "GROMMIT!! SOMEONE'S HERE TO SEE YOU!" He was holding the screen door open for our guest when Muffin came bounding around the corner and literally hurled herself onto Megan and allegedly bit her on the knee. Megan instinctively kicked Muffin and she let out a pathetic, pain-filled yelp. The whole family - all five kids, mom and dad showed up at the door - Freddie had already picked up Muffin and was giving her a full once-over to ensure there were no hidden injuries. All of our attention was focused on Muffin while Megan stood in the doorway completely ignored and bleeding.

"THAT MUTT BIT ME!" Megan yelled - pointing accusingly.
"I beg your pardon?!" Mom exclaimed - glaring at Megan "Muffin has never bitten anyone in her LIFE."
"But look at my knee - it's bleeding from where she got me" Megan was starting to tear up. Fortunately for Muffin, she had had a bicycle accident a few days earlier so her knees, palms and a bit of her chin were already scraped up and I am still convinced that Megan's injuries were no more than Muffin accidentally opening a scab with her protruding bottom teeth because if she had really been going for Megan I am pretty sure she would be missing a knee cap.

From that day on Megan made a point of avoiding our house and our ferocious dog. However, Muffin, not quite satisfied that justice had been adequately served, sniffed Megan out and would leave steaming hot little packages in her yard as a reminder not to come back if she knew what was good for her. 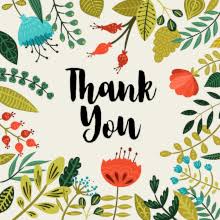 "Your thank you note arrived yesterday"
"Oh"
"For the dinner party?"
"Yes. It was for the dinner party."
"That you are here for tonight"
"Um... yeah"
"So you wrote it before you actually had the dinner... and said it was lovely and delicious"
"That got here rather quickly"
"When did you mail it?"
"On Thursday"
"For a dinner party you were going to be attending on Saturday?"
"I wanted to get it off my 'to do' list."
"I see."
"But I am sure it is going to be lovely... and delicious."
Posted by Kimmeh at 15:23 No comments: 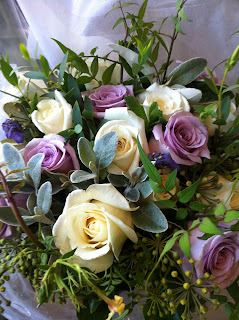 For some reason women seem to want to get flowers from secret admirers. I cannot express how against them I am. While I freely admit that they do cause some excitement for about ten minutes they ultimately ruin any chance of a love life you may have for a good 5 years. At least.

If you are so unfortunate as to receive anonymous flowers you will undoubtably partake in the obsessive behaviour which always lasts until you figure out who the flowers are actually from. The process starts with a mental rolodex of every man one knows which is flipped through like mental flash cards - Andy? Nope... he has a Girlfriend. John? No. He would never send flowers. Peter? Gay. Noah? Does not know where I work. Or my name. Nor would he would recognise me if I ran into him and told him my name and how we know each other - until you conjure up that one good looking guy that you have had a secret crush on for ages... and you convince yourself that it is him. It's definitely Josh.

Soon your imagination takes flight - You see his face and it breaks into a large white toothy smile when you ask whether he is your admirer. Simultaneously you tap into his internal monologue (which obviously has a sexy English accent) saying "you clever girl you!" You notice his eyes are so full of love that you can't believe you missed it before. That is usually when the mental montage starts, and then ends unexpectedly quickly when you realise you have only spoken to him half a dozen times and mostly over the coffee machine in the break room. But now, every single one of those encounters seems so... so... signifiant. There is a connection there for sure and you are 100% convinced that Josh  absolutely was the one who sent you the flowers.

You pluck the card off of the bouquet, burry your nose in the petals and take a big sniff (even if they don't smell that great), re-read the card, brazenly strut across the office, knock on Josh's door and say in an oddly breathy voice "Hey there." He looks up in a sexy way - maybe even a little broody... or could that broodiness actually be anger? He does seem a bit put out by the interruption. It is obvious he can't place you but you choose to think he is playing coy. "Hey........... " he doesn't say your name (because he doesn't know it) but you don't notice because you are too busy batting your eyelashes, putting on your perfect pout and positioning yourself in such a way that your best assets are accentuated. Eta James'"At Last" seems to have cued itself up in your brain... and then... eventually... you cop on. Josh is not looking at you like a lovesick fool, there is no toothy grin. There is a hint of a scowl, and he is definitely starring at you... like you are crazy and he is scared he might contract whatever illness you have if you stand there much longer.

See THIS is problem number one with getting anonymous flowers - nine times out of ten you end up outing yourself to your secret crush and ten times out of ten he is not the one that sent them. Even worse is this is usually someone you don't really have a crush on and once "At Last" screeches to a halt in your head you remember that Josh is a total douche bag and you never liked him and would never even accept flowers from him- so you collect what is left of your dignity and walk away. Your brain pulls out the rolodex once again and you begin mentally flipping through the flash cards, continuously outing yourself to more and more people until you are picking up the phone to call Noah... maybe he does know who you are after all... and your cell rings. It's your Mom. She's calling to see if you got her "surprise."

Worse still is when Phil, the guy who has had a very inappropriate, overt crush on you for years, saunters up to your desks and raises his bushy eyebrows a few times at the flowers then points to his gold necklace clad chest and mouths "from me" smacks his gum a few times, winks and walks away.

Anonymous flowers are a disaster in the making. Even if you are SURE they are from that super hot guy who always flirts with you and has asked you where you work and what your favourite flowers are... send them back. I assure you there are from your mom... or worse, Phil. 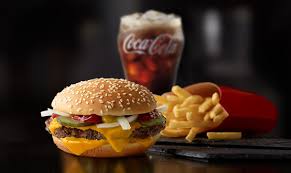 So I did my bit for the greater good this evening. On my walk home from a rather late night learning to make cocktails and having a lovely overpriced fussy meal paid for by my law firm, I passed a homeless man who was digging through garbage and picking out bits of food which he was smelling, inspecting, tasting and then putting back into the garbage bins. I figured the food was rancid and it broke my heart to see him scavenging around in the trash for food especially when I had not even finished my overly extravagant meal. So I ran into the only place that was open - McDonald's - and got him a McTasty, fries, a chicken salad and a water. Some protein, veg and hydration... plus some yummy McD's fries... who could ask for more?

I very proudly marched outside with my choices and handed him the bag and said "I saw you looking for food, so I got this for you" he took the bag without a word, opened it, smelled it, recoiled at the scent, closed it and handed it back to me and said "umm... I'm a vegetarian." So I did the only thing I could - I got him a veggie burger. Without cheese... I wasn't taking any chances on lactose intolerance.
Posted by Kimmeh at 07:36 No comments: