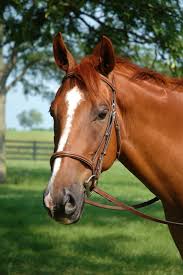 Growing up, we moved a lot. Dad, recognising the instability that not having a place to call home can cause, found a small barrier island just outside of Charleston called Seabrook and bought a plot of land and designed and built a house for the family. After months of sand piles, the whirl of the table saw, the fresh scent of wood shavings and the constant beat of hammer on nails, we had a place to call home with a room for each of us.

While having an ideal, bespoke house built with love and tailored to our wishes as a family was something special it is not what made Seabrook so magical. It was a gated community with a speed limit of 25mph - as much for the kids as for the alligators regularly seen crossing the roads. As kids, we were free to bike to the beach, the crabbing docks, the tennis courts, the pool and most importantly for me, the stables.

I would get up most days and jump on my bike (that was so big for me I had to run into trees, posts and other immovable objects to stop) and cycle over to the stables. Jessica, the stable master who always smelled of hay would greet me with a brush and some treats (apples, carrots and sometimes oats) for me to give to Snickers who was "my" horse. ("Mine" in that I took care of him, not that we in any way had any ownership rights over him.)

About a year after moving into the house, Dad got stationed at the Pentagon.... so we were off to Washington D.C. After all of our bags had been packed and the rest of the house boxed up and loaded into a moving van, we piled into our station wagon and after a lot of begging Mom made one last stop at the stables and I soaked Snickers neck in tears and promised to come back as soon as I could. I got back into the car and pressed my face to the cool glass and watched out of the window and he galloped over to the wooden fence and followed our car until the road stretched out longer than the fence and we watched each other until a bend in the road put the field just out of view.  Tears streamed down my face as I watched the canopy of live oaks wiz by us and too quickly change to the constant passing of the highway street lamps of I-95.

The next time I made the drive under those beautiful oaks I was in tears again. Ten years had passed with multiple moves both in the U.S. and abroad and after three years in Quito, Ecuador my Dad retired and we moved back to Seabrook.  Mom kept saying we were going "home" but this place was not home. It had grown up, I had grown up and we had grown apart. I was not interested in bike riding to the beach. I wanted to be in Quito, going out to night clubs and hanging out with my friends. Seabrook was full of retired people and I did not have a friend for 500+ miles. We went through the now unfamiliar gate with the unfamiliar guards and then we passed it.... the stables. It looked much smaller than my child's eye remembered but that feeling of familiarity and comfort I had with Snickers came flooding back. "Stop the car!" I yelled. Dad put on the breaks and let me get out. "I'll meet you back at home in a bit." They did not protest and drove off, leaving me to walk down the dirt road in my inappropriately short shirt and high heels.

The closer I got to the stables the more obvious and self conscious I became. Then I smelled that familiar mix of horse, hay and the slight dank of manure and a familiar silhouette in jeans and a rolled up button down shirt turned to look at me. Without a hint of judgment in her voice Jessica asked in her strong southern drawl "well what can I do for you my dear?" I suddenly lost all of my bravado and teenage angst and melted back into the little girl who was saying goodbye to her dear horse and dealing with the first of what would be one of too many painful goodbyes.

"Come here and sit down" Jessica said and pointed to a tree stump turned guest chair "let me get you some sweet tea."  By the time she returned with the already sweaty glass of iced tea I had brushed away the tears and pulled back on a relatively brave face which I had perfected after years of being a diplomats daughter. "So... to what do we owe the honor of such a lovely visitor?" As she spoke, she continued to brush the mane of a black horse who she had been grooming when I had first walked up. I took a sip of tea before I proceeded. I had scanned the fields for Snickers when I came in and had not seen him. Something inside of me knew he wasn't there but I wasn't sure I could deal with actually hearing the words.

I swallowed hard and looked down at my hands, wrapped around the tea as I spoke. "You don't remember me, but I used to come here almost every day one summer when I was little." I struggled to continue as Jessica looked over at this over-dressed, over made-up self-obsessed teenager and searched hard for a child she might have known years ago. Expectedly she did not remember me or the child version of me. "Well," I continued trying to compose myself, "You used to let me groom a thoroughbred named Snickers. He was a beautiful brown horse with a blond mane and tail?" I asked hoping that would jog her memory.

She stopped brushing the black horse who stomped his foot and swished his tail in protest. She instinctively patted his neck reassuringly and furrowed her brow as she searched her memory for Snickers the thoroughbred.  After a moment a smile creeped across her face and she looked at me. "Snickers you say?" I looked at her expectantly "Yes... Snickers." She maintained her mildly embarrassed smile and said "We did have a Snickers here who has recently gone to another stable for retirement..." she paused and then looked right at me "but he wasn't a thoroughbred sweety... he was a Shetland Pony."

I cocked my head to the side, trying to take in this information and then the logic of how implausible  it would have been for a seven year old to groom (much less ride) a thoroughbred, bareback, struck me. I gasped and covered my mouth as, with horror, I remembered all the people I had told about Snickers and visualised them nodding, not believing a word. Then I melted into fits of laughter at the visual of me, as a seven year old with my Shetland Pony, trotting on the beach with Snickers short legs trying his best to run like the thoroughbred I thought he was. I conjured up the memory of our goodbye and realised that his head was pushed through the middle and top slats, not over top as he stared after us. He was a pony. But he was just the right size for me.

Jessica, realising what an emotional wreck I was, kindly left me to my own thoughts and took the black horse back to the field. When she returned I handed her back the glass and thanked her for the tea. "Listen darlin' you come back here any time you want. I can always use an extra pair of hands around here." I gave her a weak smile "Thanks Jessica, I'll think about it. And thank you for telling me. About Snickers." She looked down at her feet for a second and kicked the dirt, contemplating saying something more. Mercifully she left it unsaid and I began my walk back down the dirt road and headed home.
Posted by Kimmeh at 15:14