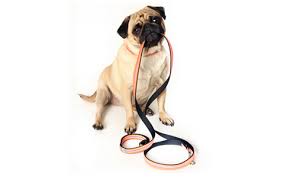 As I was walking to work the other day, a man in a metallic blue car pulled up the kerb and asked directions. Recalling lessons from several personal protection/self-defence classes, I took a step back from the car and quickly shouted directions into his open window. After confirming the directions (which when repeated sounded incorrect) we both moved off towards the roundabout which was only a few feet down the road and stopped at the intersection, confronted with a rather unusual sight.

In the middle of the slightly raised roundabout was an amazing looking woman. Her prematurely grey hair hung think and well coiffed, falling perfectly to her slim shoulders. She wore rich earth-tones over a dark blue silk shirt which perfectly matched her brilliant sapphire eyes. However, what was most striking was that she was sitting very erect, like a professional dancer, perfectly poised atop a mechanical wheelchair - the type you would see advertised, very loudly, in a mid-day commercial aimed at hearing impaired old people who are yelled at that they CAN! GET! MOBILE! AGAIN! Her only accessory was a black, chubby, smooched-faced pug attached to a rope-like leash.

She must have seen the blue car stop to ask directions and seeing that the road was clear had started to cross the road diagonally only to have made it half way by the time we had finished our short conversation (she obviously had not attended the same courses where you are taught to keep your distance, be quick and pass them on to someone else or refuse to give them directions if you feel at all uncomfortable, or she would have known how quickly I can shout out wrong directions and move on).

While she was waving him around her and he was waving her around him, another car approached the intersection causing a rather stressful traffic jam. Like a trained traffic warden, she kept waiving her arms around for people to go, obviously embarrassed to be causing a bit of chaos on an otherwise sleepy road. But no one would budge. Finally she stopped waiving and with a huff of protest and a slight raise of her chin she started rolling towards the sidewalk where I was standing, still waiting to cross.

Everything was going just fine until, for absolutely no reason whatsoever, the pug stopped and just rolled over onto its back in the middle of the street. The woman rolled along for a moment before noticing that she was now dragging the pug, upside down, along the road. She stopped, glanced around at the cars that were now going to be late to wherever they were going and looked back at the pug and gently said "come on Pugsley." But Pugsley was going nowhere fast. He was LOVING the back rub on the rough cement and did not have a care in the world.

At this point I decided help was needed. I approached the pair and leaned down to Pugsley who got really excited at the expectation of getting a belly rub and started to do a little upside down happy dance. I picked up the squishy pug, set him on his feet and gave him a little push in the right direction. Meanwhile his "mom" was saying "it's okay, it just takes him a little time to get started..." Once we had all safely crossed and the cars had gone, I looked back over my shoulder and saw Pugsley rolled over on his back in the freshly cut grass doing the happy dance again.
Posted by Kimmeh at 10:09