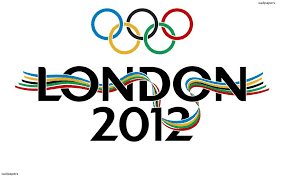 The Monday after the Closing Ceremony I was having a major bout of POD (Post Olympic Depression) brought on by my recent Olympendectomy. I needed something to cheer me up and get me out of my funk. As I rounded the corner to come down my street I saw my nine-year-old (mildly chubby) neighbour in the crouched "mark" position in the middle of the lane. You could almost hear this internal-monologue-announcer saying "set" and then he was off at the shot of the "gun" sprinting about a mile per hour down the road. As I reached my door I said "getting ready for 2016?" He burst into a huge grin and said "Yes I am!" This was the perfect cure for my POD as I realised that while the Olympics may be over, the Olympic spirit lives on!!!
Posted by Kimmeh at 05:59