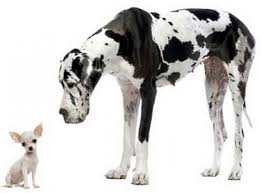 Every morning on my walk to work I run into Humphrey and Toppins and Lucy their walker. The trio is notable for several reasons. Humphrey is a Tibetan Mastiff, Toppins a long haired dachshund and Lucy is an older Philippino woman who, standing no more than 4'9", wears baggy sweat pants tucked into wellies, a hunter's hat and a massively oversized green coat and would have no trouble blending in at a soup kitchen. Humphrey, Toppins and I developed a morning routine which consisted of Humphrey marching over for a quick ruffle of his silky fur atop his gigantic head followed by Toppins who would wait patiently for his ear-scratch which would get just the spot his little legs could not reach. Then with a pat for both of them, I would be on my way.

I would find myself timing my morning departures not in accordance with the train schedule but in order to get that precious pet or two in on the way to work (I do realise how badly we need a dog... I really do). One morning, Toppins did not bound up to me in his usual short legged bouncy trot and I noticed that Lucy had him on leash. He looked downtrodden and kept looking up at Lucy expectantly, hurt that he was not able to roam freely like his bigger brother.

"What happened Lucy?" I asked pointing to his new accessory. "He bad dog" she said in her thick accent, shaking her finger at him. Toppins had somehow arranged his pointy face into a doggy scowl and I tried to suppress a smile as I enquired as to what he had done to lead to such a punishment. All the time, continuing to stroke Humphrey's head who was now leaning most of his weight on my leg and soaking up his reward for being a "good" dog.

"He was chase joggers again!" She exclaimed in complete exasperation. While I could see the seriousness of the situation I was having a hard time picturing this chubby short legged sausage dog doing any serious damage to any joggers... if in fact he was able to get his squatty legs going fast enough to catch even the slowest of pedestrian. "Really?!" I replied "well then, I guess he should be on a leash."

"Yes," she said "you should have seen jogger run - even the fat ones go real fast when they see Toppins coming."

"Lucy!" I scolded "that is not a very nice thing to say!"

"I think they should thank me - he like free personal trainer. Make them run up hill very fast." The thought of some poor overweight jogger being bullied by this runt of a dog as they tried to huff up our enormously steep hill set me into fits of giggles. Lucy, not seeing the humour in the situation, turned her attention and her wagging finger on me as if this emphatic gesturing would somehow convince me "really, he very bad dog" she reiterated.

Toppins, taking advantage of Lucy's distracted state, took off running after a jogger we had not even noticed fighting his way up the hill. Toppins covered an impressive amount of ground in an extraordinarily short time and before either of us knew it - he was upon the jogger, herding him up the hill at a faster and faster pace. Only when the jogger had reached the crest of the hill did Toppins relinquish his pursuit.

I turned to Lucy as Toppins sauntered back down to us, enormously proud of himself, and asked if I got a discount if I signed up for 10 sessions now.

Lucy crossed her arms "No discounts! But we start on Monday. You need it girly."