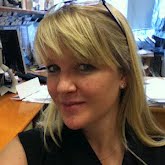 A friend of mine who is getting married kindly invited me to her hen do/bachlorette party a few weekends ago. Being originally from Mexico, the whole night had a Mexican theme. We started with a tequila tasting, had some amazing Mexican food and went out salsa dancing (we were looking for mariachi dance club but failed miserably... how do those not exist?). While partaking in the tequila tasting, the bartenders asked for volunteers to help make some of the drinks. Two of us jumped on the opportunity and what was pitched as a friendly how-to course on making passion fruit mojitos (with tequila) quickly revealed itself as a competition to see who could make the best drinks in the least amount of time. Looking back, this may have had more to do with the participants than the bartenders.

For those of you who don't know me, I like a little competition... So I rolled up my sleeves, handed my sombrero and maracas to another hen/bachlorette and went for it - there was ice flying everywhere, tequila being poured a bit too heavily and lots of shaking and muddling happening. During all of this a SLEW of photos were being taken - our group had quickly turned from on-lookers to paparazzi. I imagine it was the manic flailing of arms, intense focus and total chaos that caused the frenzied photo taking. Ultimately we finished pretty much simultaneously (probably due to the fact that we were using the same utensils) so we participated in a penalty shoot out of sorts and had to do a shot of tequila, without using our hands, as the decision maker... she never stood a chance.

However, my glorious triumph was short lived once I saw the photos. I was expecting some cute, fun candids of me behind the bar with a shaker in hand - or cutting up some passion fruits, or mid-pour. Instead I was met with pictures of me looking super intense and actually kind of scary. I just jotted it down as being a bad photo or two taken in bad lighting from a bad angle by a bad photographer - that is, until the next morning when my husband and I were looking at the photos and he stopped on one of me bar-tending, zoomed way in and said "HA! that is totally your 'I'm working' face!" I took ahold of the camera with the 30x zoom I was now regretting paying extra for and examined the photo again.

I had a huge frown. My chin which had somehow become dimpled, was pulled in closely to my throat creating a twelve-chin-melding-into-neck effect that I was positive had never been featured on American's Next Top Model. My hair was a complete mess - my bangs/fringe, instead of hanging down in a lovely curtain were parted and oddly sticking out right along my ill-placed cow-lick. The rest of my dishevelled hair was tucked behind an ear with a little section somewhat stuck to my face like a weird sideburn. But I did have a pout... of sorts. My bottom lip was protruding as a result of my clenched jaw which somehow further accentuated my dozen chins.  THAT'S MY WORKING FACE??!!!??

I was in denial at first. I mean surely it was just a really bad photo. I could not POSSIBLY look like that on a regular basis. But the more I thought about it, the more I realised that the occasional reflection I would catch of myself in my laptop screen, or the times I would turn my iPhone on to have the camera facing me... those were not fluke bad face moments... they were The Working Face (TWF) in full effect. It was one of those penny-dropping moments, where you have the little movie montage that runs through your head and suddenly that one piece of information explains so much.

I used to work in a fish bowl rrr..... I mean law office, where my computer and seat faced a window which had an amazing view of... wait for it... the hall. I know - you are seething with jealously! People (read partners) would pass my office and with a slight flick of the head look in to see 1) if I was still chained to my desk and 2) if I was still hard at work. I had a reputation for being a very diligent and hard working associate and would constantly have people (read partners) pop by to see how I was holding up and make comments like "sure looks like you are hard at work!" I never really understood these comments until the TWF photo. TWF is not only wholly unattractive, but it also makes me look like I am working so hard that I am actually in physical pain. The best bit is that sometimes people would comment on TWF when I was looking at something like dresses, puppies or houses or while I was reading the latest gossip on Lindsay Lohan (which would arguable cause most people to pull TWF).

Ultimately that weekend taught me a lot. 1) A passion fruit tequila mojito is only as good as the bar tender making it; 2) Jose Cuervo is not actual tequila (and is so vile that the makers decided to market it with salt and lime to make it remotely drinkable*); and 3) I need get rid of TWF. That statement just made me relax my features and grin a little at the computer screen. So much nicer than the twelve chin frowning monster. Maybe TWF is the actual reason my old computer kept crashing. This new one without the camera seems be be doing just fine!

*I am not sure this is actually true.